Heroes of Might and Magic is a fantasy role-playing game developed and published by New World Computing in 1995 for DOS. 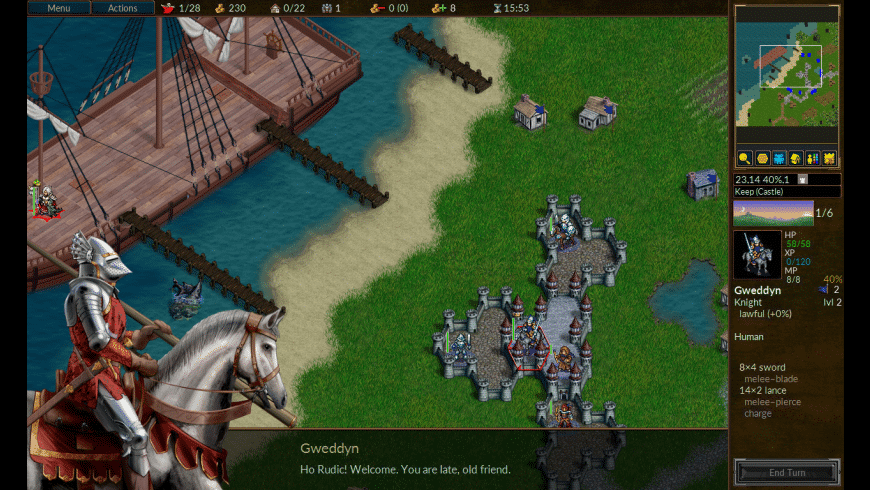 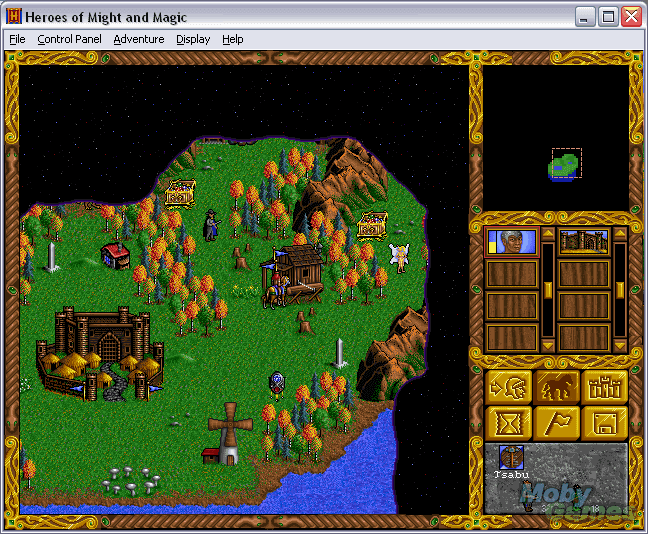 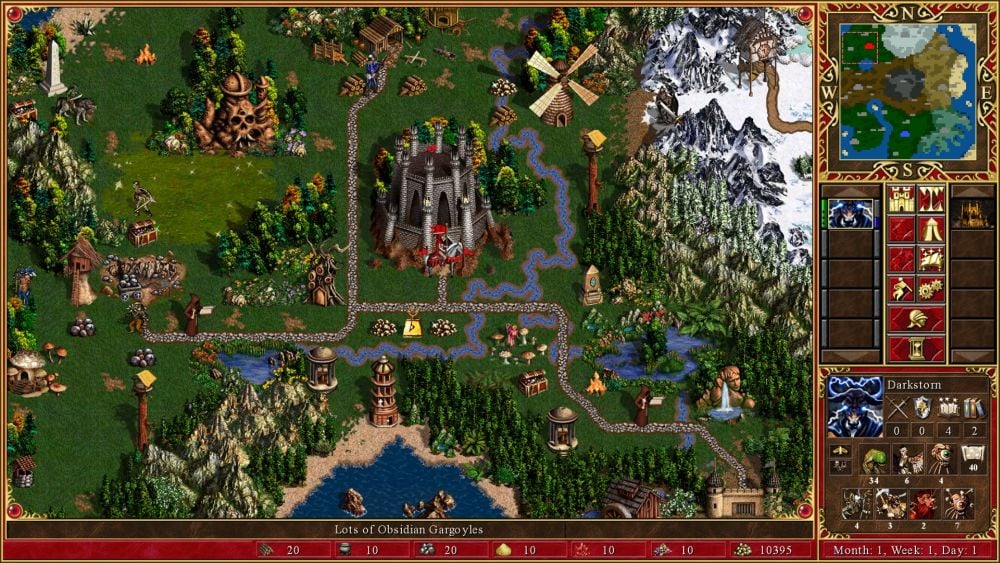 In this turn-based strategy game the player takes on the role of one of four different heroes: the warlock, sorceress, barbarian, or knight. Your class choice has different strengths/weaknesses and offers different classes of heroes and castles. No matter which class you choose, you start building up your castle by adding different buildings to acquire different units for your army. The units include all varieties of fantasy creatures like Paladins, Dragons, Phoenixes, and much more. The units can be powered up by upgrading buildings, all of which costs resources, monetary and otherwise. When playing outside of your kingdom you can send your troops, lead by generals (or ‘heroes), out into the world to discover treasures, mines, camps, resources and many other interesting things. Using a top-down map display, you move your troops a number of spaces each turn. Once you encounter opposition, the view changes to a close-up of the battle. Every unit has its own movement and attack capabilities during battle so you will have to adjust your strategy accordingly. You must also defend your own kingdom from enemy attacks.

Heroes of Might and Magic is part war game, part adventure, and part sim, blending the 3 elements seamlessly. This game is a triple threat, but the controls are easy for new players to get the hang of. Though the storyline is somewhat thin, it does not take away from the overall game experience. The game was well received upon release and landed at #133 on the “150 Best Games of All Time” list. It also landed at #60 on the “100 Most Important PC Games of the Nineties list.” Whatever your feeling on strategy games, Heroes of Might and Magic is definitely different than anything you might already have played. Give this one a try.